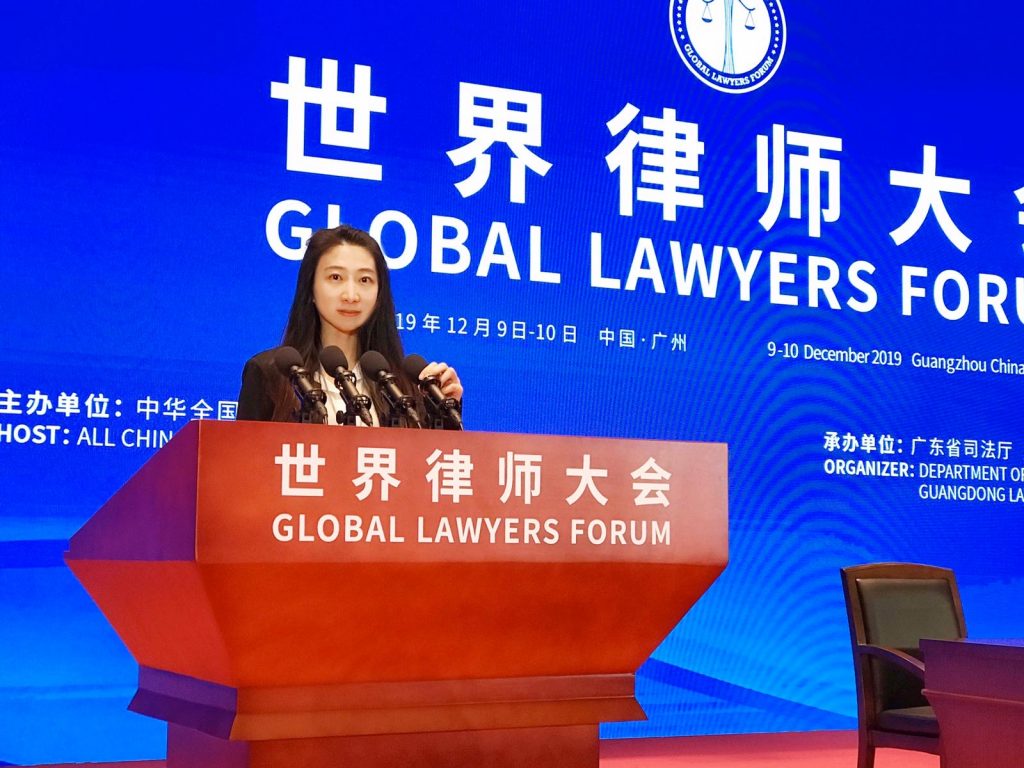 In December, Laurel Zhang (Senior Associate and Head of China & Southeast Asia group) attended the Global Lawyers Forum hosted by The All China Lawyers Association, which is a global gathering of legal professionals who come together to exchange and cooperate, consolidate and reinforce a well-developed global network of legal partnership.

The forum was supported by the Ministry of Justice in China. Minister Fu Zhenghua, spoke alongside Vice Ministers Xiong Xuanguo and Liu Zhiqiang. The chairman of the All China Lawyers Association, Wang Jungfeng also attended the forum. As well as this, all officials from the 33 provinces of China were in attendance. Laurel was chosen to attend alongside 599 other globally recognised professionals which is a huge accolade to her.

“It was an honour to be invited and attend such an exclusive event” said Laurel Zhang, “with increasing opportunities in China, these exchanges are vital for doing business between China and the UK and it is fantastic that Sherrards are at the forefront of this”.