Brexit: a hot topic at the British Embassy in Warsaw

They spoke alongside Anna Wardell and Shane Marotta from the UK’s Ministry of Justice on the hot topic of Brexit’s impact on the UK’s dispute resolution market. The panel was chaired by Adrian Andrychowski from Warsaw law firm JDP Law. James Hughes, the Minister-Counsellor for Economic affairs, gave the keynote speech.

It was fitting for a topic like Brexit that the panel discussion commenced against the backdrop of high drama in Downing Street with the news that minutes before, the then UK prime minister, Liz Truss, had just announced her resignation.  However, the talk then proceeded to strike a different tone, with the message that in terms of Brexit’s impact on the legal services market, there was no such drama to feast on. Despite Brexit changing the cross-border landscape and creating new competitive pressures, English law was still the governing law of choice for commercial contracts and the trends since 2016 remained in positive territory as far as the number of disputes being litigated in the UK by non-UK entities were concerned.

The Ministry of Justice emphasised the UK government’s commitment to ensuring English law and England as a dispute resolution forum retain their pre-eminence in the international disputes market and that they were focussed on addressing some of the gaps left by the UK’s departure from the EU in relation to both commercial and non-commercial disputes. There is also a concerted endeavour to support London as a growing hub for Arbitration, as the number of referrals continues to grow year on year.

From the perspective of private practice, Marta and Greg affirmed the view that there is cause for (cautious) optimism that the popularity of English law or England as a dispute resolution forum is unlikely to be dislodged by the changes resulting from Brexit. Much of the export value of English law is attributable to properties that exit outside of (and pre-date) the EU framework. While there is no equivalence between anecdotes and raw data, Sherrards’ cross-border practise continues to be extremely busy and that shows no signs of abating.

The event was otherwise a fantastic opportunity for Sherrards to get to know local firms and practitioners in Warsaw, a city that is fast establishing itself as growing hub for business in Eastern Europe and the centre of gravity for legal services in the region (not to mention a city with an emerging trendy restaurant and bar scene to boot!). 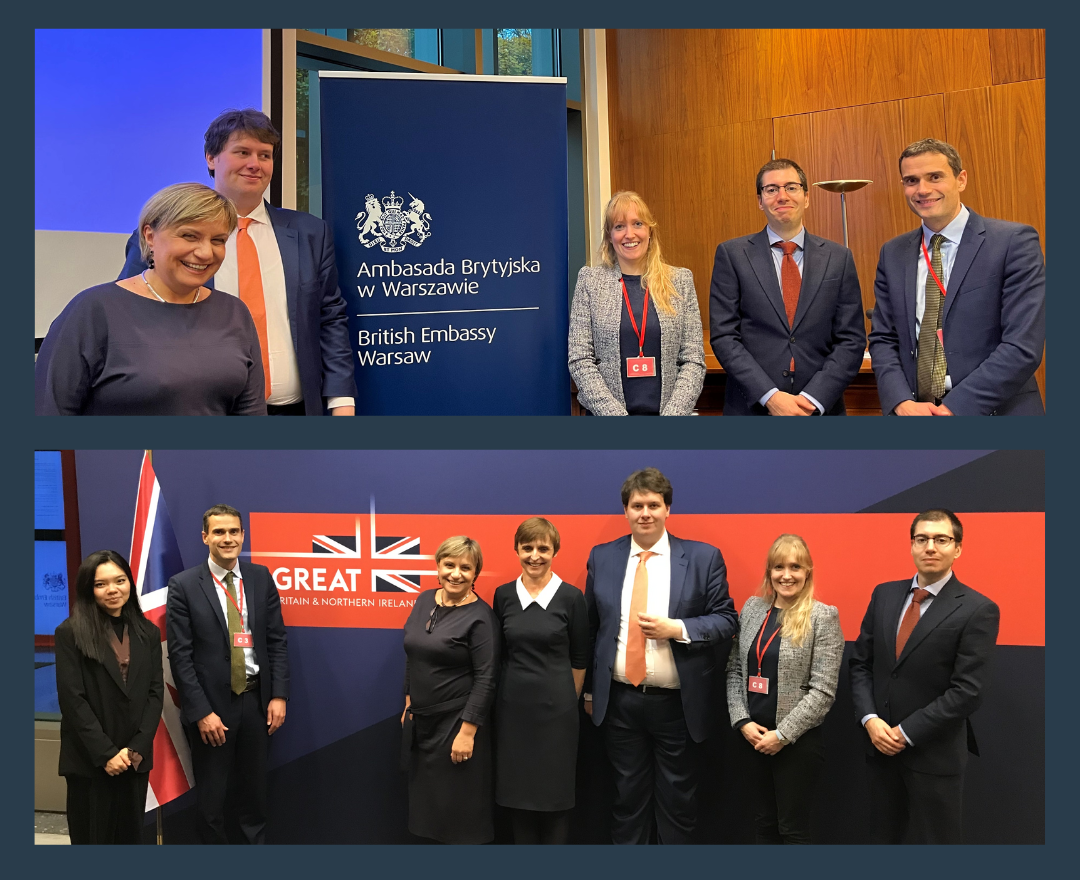